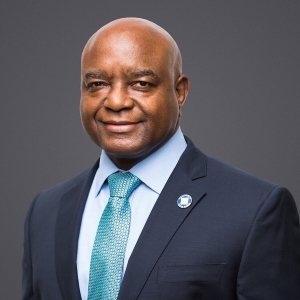 Prior to beginning his employment with the Birmingham Water Works Board, Michael served as the Director of Finance for the City of Birmingham where he was responsible for managing a department of over 120 employees. During his time there the operating budget grew to over $500 million and the capital budget reached a high of over $300 million.

Prior to beginning his employment with the City, Michael was in public practice for five years, advancing from Senior Accountant to Partner, while supervising several staff auditors and managing the firm’s tax practice and was also a revenue agent for the Internal Revenue Service.

In addition to his civilian career, he is a retired Colonel with over 26 years of service as an active duty and reserve military officer in the United States Marine Corps, responsible for logistics and fiscal planning. The last eight years were served on the staff of the Commanding General, 4th Marine Aircraft Wing in New Orleans with units spread throughout the United States and deployed abroad.

Michael holds a Master of Business Administration (MBA) from The University of North Alabama; a Master of Science with a major in taxation from National University in San Diego; and a Bachelor of Science with a major in accounting from the University of Alabama at Tuscaloosa. He is a Certified Public Accountant and Chartered Global Management Accountant. A water industry leader and frequent industry speaker, Michael is a member of the Water and Wastewater CFO Forum and the American Water Works Association. In addition, he is a member of the following organizations: American Institute of Certified Public Accountants; Alabama Society of Certified Public Accountants; Government Finance Officers Association of Alabama; National Government Finance Officers Association, and the Birmingham Business Alliance.